Deckchairs on the Titanic Design Diary 1: Idea to Prototype 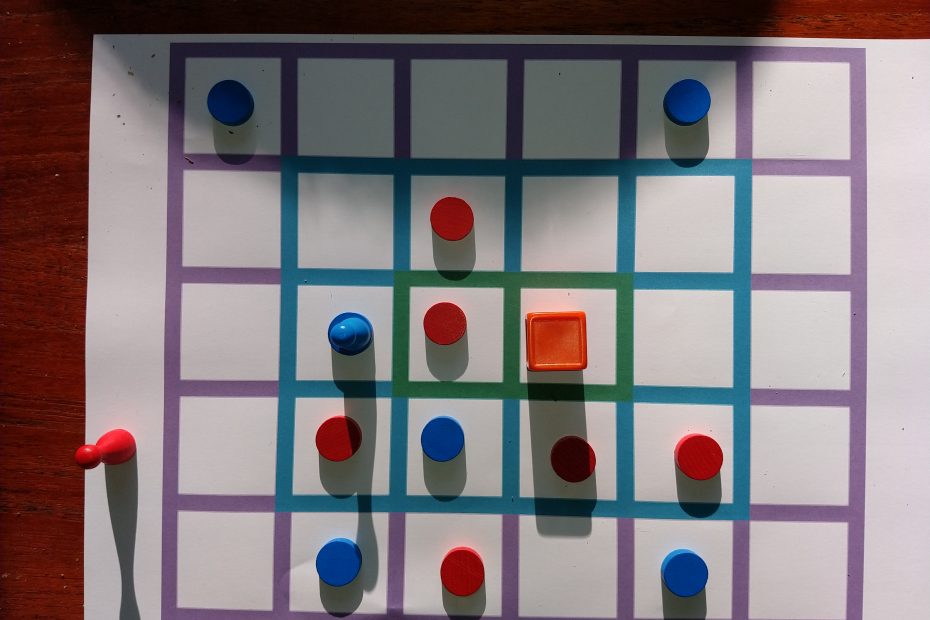 ‘Deckchairs On The Titanic’ is the first board game released by Silver Birch Games.

In this post, game designer Tom Holness discusses the process of going from idea to first prototype. Future design diary entries will cover play-testing, using A.I. to balance the game, artistic design, and the decision to self-publish.

It was January 2019, my previous job had finished in December, and I was at a loose end before my next job started in April. I was chatting to Becca, who writes the stories for our games, one evening about how I needed a project of some kind. I was at an impasse with the game I’d been designing and wanted something new.

Becca reminded me of some of the board game ideas and attempts I’d told her about in the past, and one of them jumped out. At that stage it was just a title / theme idea, completely absurd and definitely unique – rearranging the deckchairs on the Titanic – as in the saying referring to futile action in the face of impending disaster.
A game started to emerge from the phrase that was literally about rearranging deckchairs on the Titanic while it sank. Every other Titanic-based game is about trying to escape the sinking ship; this would be different.

Straightaway the thought came to me that this could be a pattern matching game, starting with pieces in a certain formation on the board and trying to move them around to fit a pre-defined winning pattern, whilst being disrupted by the ship tilting and by chunks of ice on the deck.

Days later, I sat down at my computer and made the first prototype. I had to make some initial decisions about player counts, board size and number of pieces.

The first decision was easy – I would start with a two-player game, intending to scale it to three and four players at least.

Having made that decision, I knew that having a total of 12 player pieces would mean the game could scale directly, with more players having fewer pieces. I was mindful that getting the right ratio of pieces vs. spaces on the board would be crucial to having a game that really worked.

I decided to start off with a 6×5 board, knowing that this would almost certainly change during play-testing.

The earliest version of the game simply had deckchairs and the ship’s movement. I wanted to get something on the table in as simple a form as possible to see how it worked. I had two grids: one showing the pattern players would aim for (“the target board”) and one as the actual play board. At this stage, I set these up randomly by “rolling” the cube pieces onto the target board and the play board as this was the quickest, simplest method.

After this first play, I knew I had a game. The seemingly simple but actually confusing ship movement at the end of each round required a constant (but not overly difficult) mental challenge to get the deckchairs in the right place. The right place to play your piece is not the actual square you want your piece to be in, because the ship will move and take the deckchair along with it. You need to play your piece next to the square you want it in, so that the ship will move it into the scoring square as it tilts. The direction you need to offset your chairs changes each round, so you can never get settled.

First of all I had in mind a co-operative game, with the story that you had been ordered by the Captain to get the deckchairs in a specific pattern to stop the ship sinking; but it was way too easy to achieve. Playing competitively as it stood, however, although interesting was definitely not complete. I decided at this point to pursue it purely as a competitive game and come back to the idea of a co-op mode later.

I left the game overnight and came back to it the next day. It needed another element – and then I  remembered the idea/story of there being ice on the deck. I knew the game needed a way for players to interact directly in some kind of tussle, but while you could use your own deckchairs to block your opponent from certain squares,
there wasn’t currently a means to move your opponent’s deckchairs. I decided the ice block would be a piece that both players could control, that would be able to move both players’ deckchairs. Thematically speaking, being ice it made sense that you could push it and it would slide along the deck, knocking deckchairs out of its way.

After sleeping on it again, I decided that a defensive piece would help, and that this could be you – the deckchair attendant – holding onto one of your chairs to stop it from moving, whether hit by the ice block or due to the ship’s movement at the end of the round.

This addition completed the game. But it wasn’t ready yet and there were still some issues to iron out, e.g. the pieces tended to bunch around the edges of the board, the board was too tight/small and the scoring wasn’t great, and the biggest issue – I had no idea what other people would think of it!

So, the next logical step was to play it with some friends, and if they liked it move on to wider play-testing. You can read about this in my next weekly blog post, Design Diary part 2

1 thought on “Deckchairs on the Titanic Design Diary 1: Idea to Prototype”