In Part 3 of our Design Diary, Tom talks about taking our board game out to the public for the first time. You can read about the initial design of the game and private playtesting in our previous diary posts. Future posts will look at how we balanced the game using AI, the visual design of the game, and the decision to self-publish.

Playtesting Deckchairs on the Titanic with friends had got me to the point where I felt I had a good game that was worthy of going public. My previous game designs had never felt complete and I’d never shown anything to strangers before. It’s definitely nerve wracking, but it has been really useful and given me a lot of confidence in my game. Any designer should know that playtesting with strangers is a necessary part of game development because friends will often find it hard to criticise, whereas strangers will more likely be honest and may have a wider variety of tastes, so you’ll get more points of view on your game.

I feel very fortunate to be in Birmingham, where there was already a games designers group, who run a regular public facing playtesting event at a local board game cafe.
The Birmingham Board Game Bash was run every other month at Meeple Mayhem prior to the pandemic, and will hopefully resume shortly.

I highly recommend this event to designers nationwide. Games being shown here vary from early designs with little art and fluid rules, to final prototypes and games about to head onto Kickstarter. Recent Kickstarter successes that have been shown at the Birmingham Board Game Bash include Solar Storm and Daring Dustbunnies.

I took Deckchairs to the Bash in May 2019, and got 10 play-throughs of the game at 2, 3 and 4 players. Feedback was generally positive and two groups of people immediately played a second game after finishing the first, which has to be the best feedback possible!

As well as the Birmingham Board Game Bash, in the UK we have the fantastic Playtest UK organisation. 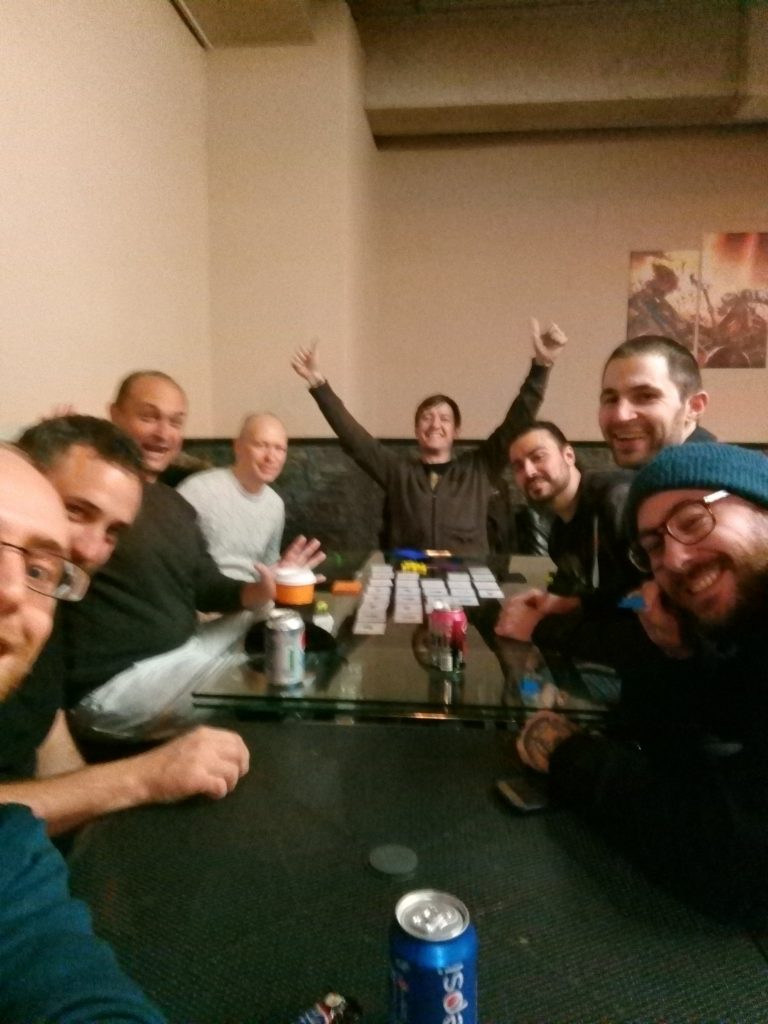 Playest UK groups meet regularly across the country for designers to share their new creations with each other and playtest anything from half-baked ideas to fully-fledged game prototypes.

These are organised through Meetup and are a must for any aspiring games designer to attend once coronavirus restrictions are lifted.

In Birmingham at least, the Playtest UK meetups are meant for designers and don’t tend to have members of the public showing up. This makes them particularly good for getting professional feedback and ideas for your game.

The main change that came to Deckchairs On The Titanic was to shorten the game. Initially games consisted of 12 rounds (as this made things easy between different player counts), but this was shortened to 4 or 6 rounds depending on player count, reducing the play time without really changing the play experience. I also introduced the “no movement” first card as other designers pointed out that the initial setup / ship movement combination gave starting advantages to some players over others. With no movement at the end of the first round, player advantage is entirely dependent on the board setup. Players still have situational advantages depending on the direction of the ship movement but you are able to plan ahead for this, reducing disparity between player positions.

As well as local groups, Playtest UK run the playtesting zone at the UK Games Expo, so I booked a 3-hour slot to playtest Deckchairs there, as well as volunteering for an afternoon to help them run it. 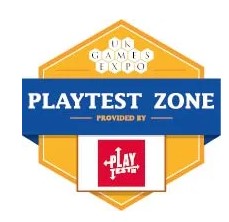 I volunteered on the Friday with my playtesting slot on the Saturday. I chose those days so that I could volunteer first and see how things ran, and perhaps get some ideas from other people playtesting their games.

As a volunteer, my job was to approach people walking past and persuade them to play someone’s prototype. This was a real challenge for me – going up to strangers and talking to them is well out of my comfort zone. I’m deeply introverted as a person, but by watching and copying extroverts I’ve learnt how to act like an extrovert, and it was something I needed to do if my game was going to be a success; so with the help of some breathing exercises, I told myself that I was there to do a job and got stuck in. And what I experienced was great. Lots of people were happy to be approached, they wanted to play games and try out new designs; and at some point something clicked – I’m not intruding on their space, because this is why they are here and they want to do it. From that point on the whole thing became easier and has made things easier for me in future.

On the Saturday, a total of 43 people played Deckchairs, with games playing almost constantly throughout the day. I got brilliant feedback from these playtests, including one suggestion which is being incorporated into the final design: having themes for the scoring spots – reasons why the First Class customers want those particular spots rather than anywhere else, to strengthen the thematic element of the game.

After the UK Games Expo I refined the game, and then attended the Handycon, Concord and Airecon conventions in early 2020 for some final playtesting, with my experience at UKGE helping me to get people to play my game. At Airecon I was able to get two reviews from Ministry of Meeples and JestaThaRogue

I absolutely loved this game. Deckchairs on the Titanic has a somewhat Go or Chess-like feel, and I am a big fan of both. Forward planning, spatial and logical reasoning, and a healthy dose of ruthlessness are all needed to secure victory. 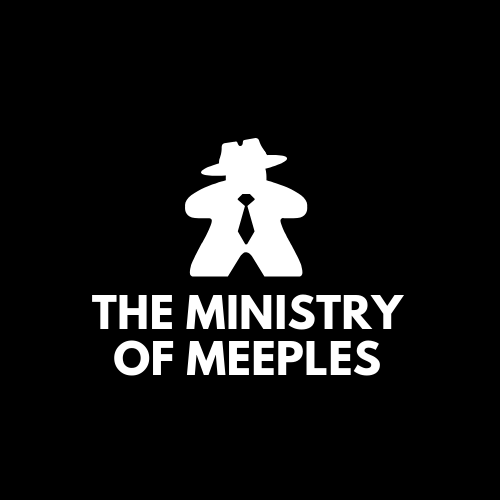 After these events, I felt happy that I had my final game with no more rule changes needed. I’d had mostly positive feedback, but getting some negative feedback as well was actually a relief – no game is going to be universally liked, so if all you get is positive feedback, there’s probably something wrong with how you are testing the game.

Some of the negative feedback I could respond to by making changes, such as shortening the game length as mentioned above, and making changes to stop pieces bunching around the edges. Some of the criticisms were simply down to not liking style of the game – not enough choices for actions, too restrictive so you can’t make the moves you would like to (e.g. being able to move your deckchairs diagonally, or shove them across the deck directly – often things I’d tried but made the game too easy and not as much fun in my opinion, but other people like different things).

One choice I made was to keep an open scoring system, rather than have a closed scoring system. Closed scoring would allow for something more thematic, as you would actually take tips in the form of cardboard coin tokens, rather than moving on a scoring track; and it can add tension at the end of a game because nobody knows who is in the lead. But I decided on open scoring because I feel that in a game based around direct player interaction, where you often have the choice to help or hinder other players with your actions, knowing who is ahead and behind you is important for making decisions during the game. With a shortened game, runaway leader situations are not common, and there’s more tension in the finale of a game that you know is close, than in one that keeps you guessing.

So I went with open scoring. This is an important decision for designers in (almost?) every game – What do you think? Do you prefer open or closed scoring? Are there games you think made the right choice, or the wrong choice?

With a completed game in my hands, enjoyed by other people, and in my opinion well worthy of being published, I had to make one more decision – find a publisher or self-publish via Kickstarter. At the same time, just after Airecon, we entered into lockdown for Coronavirus. You can read about this is in our next Design Diary post, to be published in two weeks time.